Shark Week and Shark Themed Parties seem to be very popular these days! I thought I would put together a great collection of Shark Crafts And Shark Party Ideas! So many clever shark crafts for the kids that are easy for them to make as well as creative ideas for shark birthday parties…even a free printable! It’s amazing how a plain white paper plate can transform into dagger sharp teeth, and fins can be made out of so many things! I made these Shark Fin Jello Cups for the kiddos a few years ago but just made this adult version into Shark Fin Jello Shots! So fun!

Enjoy these shark crafts and shark party ideas…follow my Shark Week Pinterest Board for more shark ideas! I will be pinning new things all the time!

I love making a lot of my party items just like these Shark Applesauce Cups. Not only are they a great party favor but they can double as a craft. For young kids have the pieces already cut for them, have glue on hand and let them create the shark cups!

I know it is hard to DIY things today with busy schedules…pick up a few of these items below to make up great shark favors!

I’m CRAZY about creative food ideas. They just seem to make the party so much more fun! These shark food ideas don’t disappoint!

How to build a Shark Cake  |  Buttercream – Just Cake

Shark crafts like a few of these shark puppets are fun all year long but I love the idea of the kids making these at a party. Or if the kids are into Shark Week they may enjoy some of these as they learn about sharks.

Nothing gets a party going than handing out hats for to all the guests as they arrive.

Shark Hats and Under the Sea Party  |  Tips From The Heart

Shark Photo Board  |  Chaos with Sprinkles

Shark Utensil Box and Party Ideas  |  Froggy and the Mouse 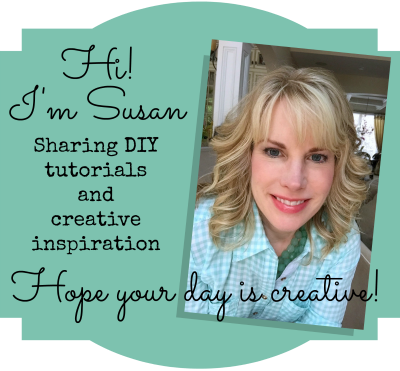 Feel free to link to or feature any of my content or tutorials on this site as long as you include a link back to this blog – www.ohmy-creative.com. Please use no more than one image and watermarks must remain visible on all images. Feel free to use my ideas for personal use/blog only – my content is not intended for commercial use. If you have any questions feel free to e-mail me and ask! Thank you! susan@ohmy-creative (dot) com

Susan is a participant in the Amazon Services LLC Associates Program, an affiliate advertising program designed to provide a means for sites to earn advertising fees by advertising and linking to amazon.com